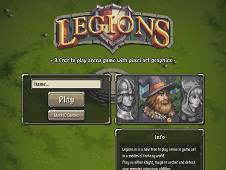 This is such a great and so cool medieval fighting and battle game, which offers to you the occasion to use the mouse and the arrow keys in order to make sure that you will successfully be ranked up as the best medieval fighter ever, trying to destroy and kill every single other player in this awesome io online multiplayer world. The goal is to spot, aim and kill all the soldiers and different fighters, with the main purpose of getting rid of them once and for all. Also, you need to make sure that you will that you won't be slaughtered or killed in different ways by your opponents, using their special spells or magical abilities so for this, try to build up a great kind of magical shield. Go for it right now and use the arrow keys in order to move and also the W, Q, R and E keys in order to use your special abilities, two of them for defensive and two of them, developing them in a row, may be some offensive ones. Good luck and unlock more and more abilities and powers, as you advance in levels and do this by killing other opponents and players. Go for it right now!