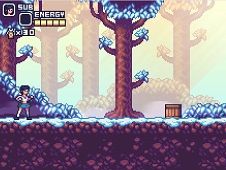 What is Juniper Keep Assassins?

Dear friends, we are super excited about the most recent action game that we have for you today so lets talk a little about this game called Juniper Keep Assassins so you can know what you will have to do. In the year 21xx, hostility among numerous contries led to the rise of several undergorund factions. These groups practice activities such as scientific research, weapon developments and espionage.It seems that among the darkest alliances were services of assasination and biologic weapons experiments. But some of them were advocates of peace and human rights working towards a better world.HaimaCorp stands as one of the most brilliat and powerful research and development companies in the world. With a strict moral code, they have provided many governments with valuable recources and discoveries. However, only a select group of powerful people may know that HaimaCorp is actually a facade. At the forefront of war experiments, haimaCorp controls any countries and quickly expands their influence.Their most recent endeavour consists of abducting young students to use as subjects for human experiments. But somenone stands in their way. The Juniper keep squad is an organization dedicated to fight against wicked. Training young prodigies in the art of combat, the JK squad is ready to send their most talrnted members ti complete the mission.

Use the ARROW KEYS.