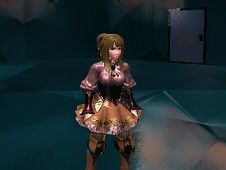 What is Female Fighter?

A very interesting new online game from the 3D and Fighting games category, in which you will have to become one of the best Female Fighters from our website. This is a new online fighting game for boys called Female Fighter, and you will see that it's going to be a new simulator.

There's going to be a lot of villains in this new japanes 3D fighting game, so you have to make sure that in the shortest time, you will be able to gain a lot of points by helping the female fighter have a lot of combo hits against your opponents and see how much fun you can have in this new exciting 3D game.

The controls of the game will be different like any other action game, you dear kids will see that you will have to make sure that in the shortest time, you will manage to gain points with each punch or each kick that your female fighter will give to your opponent. It's going to be easier for you guys to win the game once you know the combos and learn the controls, which will be quite difficult.

Using the A, S, W, D keys on the keyboard you will manage to run, and move around the 3D world. Using the MOUSE, you dear kids will see that the Female Fighter will start punching if you have an opponent around. The SPACE bar will make the 3D fighter jump, the P button will be the pause button.

For you to have special skills, you will have to use the C button to get down when an opponent is trying to punch you in the face. Make sure that you use the right click of the mouse to block an attack, and the left click to attacke yourself. The U button is to use different items like swords or knifes, the Q is to roll, the I is the interact with different objects. Have fun!

Use the A, S, W, D keys to move. Use the SPACE key to jump.Use the I, Q, and U keys to perform several actions. Use the MOUSE to attack and to defend.