Jeff The Killer The Hunt for The Slenderman

Slendrina Must Die The Asylum

Nina The Killer: Go To Sleep My Prince 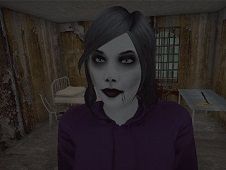 What is Nina The Killer: Go To Sleep My Prince?

A new killer is in town, Nina the Killer seems to have scared the whole community in the village where the game is created, and you will have to make peace and order again in this game.

For beginners, you should be aware that this game is recommended for people over 18, because it is a horror game, and the action and the entire activity of the main character (Jeff The Killer) are specially created to scare you, to make you scare you. The special effects where the blood flies everywhere and the fact that you will see corpses everywhere, dead people, zombies trying to kill you are quite scary, which is why we advise you not to play this game alone, or if you play it, you play it at your own risk. Strange and unexpected murders have increased for several months. They had investigated that the suspect was a killer. The investigators found a witness who said that it's not just one killer, but two killers! He said that both of them are attacking different cities and it's still unknown if they work together or separately.

The game can be played from two perspectives, one in which you are Nina and you will have to go to commit as many crimes in as short a time as possible, and the other part in which you represent the forces of good and you will have to go to the building haunted from the edge of the village where all these crimes took place and try to catch Nina. A specially trained dog will come to your aid to assist you and to jump on the enemies that are everywhere.

Specials of the Day
ADVERTISMENT