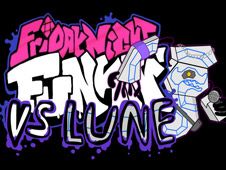 What is FNF vs Runerigus Lune?

Don't believe even for a second that there are no more new Friday Night Funkin Games online that you can play here for free, because that is far from being the truth, as right at this moment we've brought over for you the game called FNF vs Runerigus Lune, one of the first crossovers we've had with the Pokemon Games series, and we know that there are many of you who love both these franchises, so you are in for a treat!

Who is Runerigus Lane from Pokemon?

While battling a trainer himself would have been very fun, this time you are going to have even more fun going up against a real Pokemon, as sometimes these creatures can sing, as you can obviously see.

He is a block-like and rock-based Pokemon who has runes inscribed all over his body, in the color blue, over his stone-colored body, and he is a legendary Pokemon, as you can probably guess already.

His custom songs are the following:

The rules of FNF Games explained!

To defeat your weekly antagonist you have to hit the notes of the songs at the right time and don't mess up the rhythm, something that you will do using the arrow keys.

Press the arrows when the same ones match above Boyfriend's head, and, when they do, you make the progress bar turn green, but don't miss notes or press the wrong keys because too many misses in a row mean losing the game! Good luck!