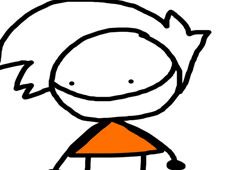 What is FNF vs Minty?

Minty is a stickman character, an original one from FNF, where it has an orange body and white spiked hair, and it is now the antagonist that you have to help Boyfriend defeat, and it's not only a new character that this game features, but three new awesome custom songs to do battle on:

Can you help BF defeat the one and only Minty?

Well, if you do, then give it your best and focus a lot so that at the same time as arrow symbols above his head are matching one another, you match those symbols too by pressing the same arrow key on your keyboard, and you should be careful not to press the keys at the wrong time, because too much of that means losing.

That is how the gameplay works, and if you do it well and reach the end of the songs, the progress bar turns in your favor, and you've won. Pick between the story mode or free play mode right now, and then start giving this game your absolute best! Enjoy!