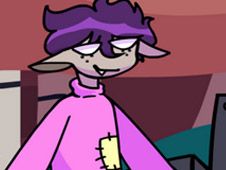 What is FNF: Another Night Funkin’?

As you can obviously see, the fun provided by our category of Friday Night Funkin' Games online does not stop any time soon, as right at this moment we return into this category with a brand new awesome game for you all to enjoy, a terrific one called FNF: Another Night Funkin’, which we would not miss out on for anything, so why should you?

The story of the game is that Boyfriend has ended up in a different dimension and winning musical battles against two new antagonists and a third secret one is the only way for him to return. This game features two full weeks:

Help Boyfriend get back to his universe, right now!

You will have to win the rhythm battles by reaching the end of the songs and playing the notes so well and correctly that the progress bar turns in your favor.

Do so using arrow keys, which you have to press at the same moment as arrow symbols above BF match with one another, but don't miss too many notes in a row, or you lose the game. Good luck, and have fun!