FNF vs The Pissed Off Mummy 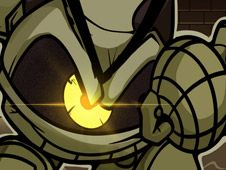 What is FNF vs The Pissed Off Mummy?

There is no better way for you to start off your day on our website than by playing the latest FNF Games online on the internet, which is the reason why right at this moment we are happy to share with you the game called FNF vs The Pissed Off Mummy, where you will rap battle against a mummy that has woken up from its eternal slumber being very angry and mad, so defeat it to send it back into the world of the dead, on the following four custom songs:

Defeat the Mummy with music to send it back to sleep!

Of course, this game is playable in both the story mode and the free play mode, with your goal for both of them being to reach the end of the songs while playing all their notes according to the charts, something that you use the arrow keys for, pressing them at the same time as the arrow symbols above BF match one another.

Be careful not to miss doing it too many times in a row, because if that happens, you lose and have to start the game again from scratch. Enjoy!