Guys Look is a Birdie Take 2, but is a FNF mod 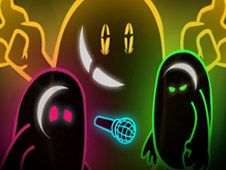 What is FNF vs Fall Guys?

It's quite curious that so far we have not had crossovers between FNF Games and Fall Guys Games, but here is your chance to play one right now, when our team is delighted to share with everyone the awesome new game called FNF vs Fall Guys, which is a full week mod that has three awesome songs in it:

This game is playable in both the story mode and free play mode, and you pick the one you want, with your goal being to reach the end of the song and play all of its notes according to the charts, meaning that when arrow symbols above BF's head match one another, you will have to press the same arrow keys.

Be careful not to miss pressing the keys too many times in a row, because if that happens, you will lose and have to start all over again from scratch. Enjoy!