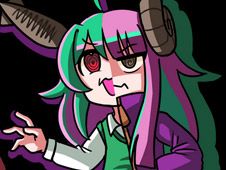 What is FNF: Ancient Dual Personalities?

Belem, Nite, and Ammo are three ancient beings that have come to life in a museum that BF and GF were visiting, so now, in order to send them back to their era so they don't cause too much destruction, you and BF will have to defeat them in a musical battle of rhythm, something that you do on three original songs, one for each ancient being:

Well, no matter if you play in the story mode or free play mode, and whatever level of difficulty you pick, your goal remains the same, which is to reach the end of the songs, play all their notes according to the charts, and win.

This means that you need to watch for when arrow symbols above BF's head are matching with one another, and if you keep doing it until the song ends, you will become the winner.

Be careful not to miss pressing the keys too many times in a row, since that means losing and having to start again from scratch. Enjoy!