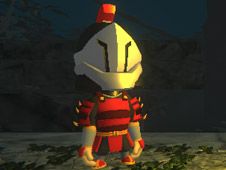 What is Nightmare Runners?

When you think about racing games in 2 players online, you probably think about such games that have cars in them, but this is far from being the case right now and here, when our administrative team is delighted to share with you all the awesome new game called Nightmare Runners, where you will run through the night, past all the nightmares, and, hopefully, win the race!

Race through the nightmare tracks and come up on top!

You will run through the night, going on the obstacle course where not only traps and obstacles are set in your way, but so are monsters from your nightmares, so make sure to avoid and get past them all, because if you get left behind, you lose.

Cross the finish line first to win, and use what you won to buy new skins for your character, as there are various avatars that you will be able to unlock as you keep making progress.

It is all that simple and fun, so we hope that nothing holds you back from starting this game right now, and having fun as only here is made possible!