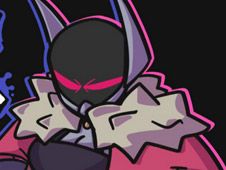 What is FNF vs Merell (Circuit Breaker)?

Merell is a cat robot lady that is also the latest antagonist that you and Boyfriend will face off against in a musical battle, something we invite you all to do and have tons of fun doing right now with the game called FNF vs Merell (Circuit Breaker), which has for you the following custom songs:

Break Merell's circuits with the power of rhythm!

Pick between the story mode and free play mode of the game, give your best to reach the end of the songs, and win once the progress bar has fully turned towards you.

Watch for the arrow symbols above BF's head and when they match with one another, make sure to press the same keys, but know that if you miss to do it too many times in a row, you will lose. Good luck!