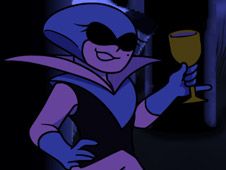 What is FNF: Potassium (Attack Of The Killer Queen Sings Endless)?

It seems that there are even more new characters from Deltarune that want to join the fun provided by our category of FNF Games online, which is the main reason why right at this moment we have shared with you all the awesome new game called FNF: Potassium (Attack Of The Killer Queen Sings Endless), where you will help Boyfriend defeat this brand new character!

In this game there is only one song, so hit the play button, and you will use the arrow keys to play the notes of the songs. How? Well, you will press the arrow keys at the same time as the identical symbols match above BF's head, and keep doing it until the song ends to become the winner.

Be careful not to miss pressing the keys too many times in a row, because if that happens, you will eventually lose and have to start again from scratch. Enjoy!