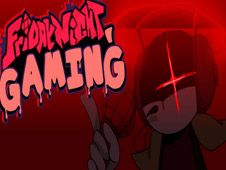 Grunts are the minions of Tricky that Hank fights off against in many episodes and games with Madness Combat, with you and Boyfriend now fighting against them as well, but this time you are going to do it using music, not guns or anything like that, and this V2 version adds many songs in addition to the original, such as:

After choosing between the story mode and free play mode, the way to win in both of them is by reaching the end of the songs and playing all their notes according to the charts, because if you miss playing too many notes in a row, you end up losing.

To hit those notes, you watch for when arrow symbols above BF match one another and press the identical arrow keys at the exact time. Good luck with all this, and we hope to see you around even more, where fun never stops!