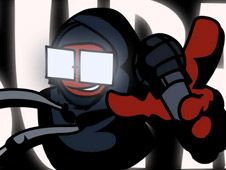 What is FNF vs Supa Hot Fiya (I’m Not a Rapper)?

Supa Hot Fiya claims they are not a rapper, but they will still have a rap battle against Boyfriend from FNF, one in which we invite you to take part right now and here, on a song called 'Supahotfiya', where we are sure you will have tons of fun from start to finish!

As the song progresses, when your turn to rap comes you will see arrow symbols float and match above BF's head, a moment when you press the identical arrow keys, and something that you have to keep doing until the end of the song to win. Be careful not to miss hitting those notes multiple times in a row, since that leads to your loss and having to start again from scratch. Enjoy!