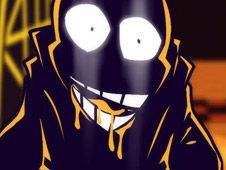 What is FNF vs Wiki Sans?

Wiki Sans from Undertale returns to FNF right now, as the crossovers between the two worlds have always been really well received, which is why we could not have missed this opportunity for anything in the world, with you dueling this skeleton character in first-person, and on the song called “Change”!

Let's show Wiki Sans who's got music in their bones!

As the song progresses, when you see arrow symbols matching on the right side, that is when you have to press the same arrow keys, and you need to keep doing it until the song concludes in order to win. Know that if you miss hitting the keys too many times in a row, you end up losing, so focus and win!