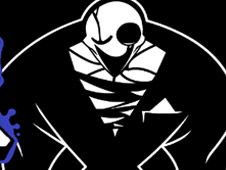 What is FNF vs W.D Gaster?

FNF vs W.D Gaster is yet another Friday Night Funkin' X Undertale crossover, where you have to help BF defeat this scientist character on the song called 'Hands'.

To win you need to reach the end of the song by playing all of its notes according to the charts, something that you do by pressing arrow keys at the same time as the identical arrow symbols float and match above BF's head. If you miss doing that too many times in a row, you lose and have to start again from scratch. Focus and win instead!