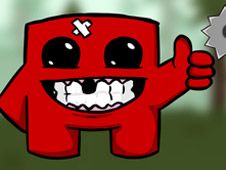 What is FNF Vs Super Meat Boy: Buzzsaw Battle?

Super Meat Boy is making his presence felt in the world of FNF Games right now with this full week mod called Buzzsaw Battle, where you go up against this awesome new character on three original tracks:

Make your choice between the story mode and free play mode in the main menu, and then, in either case, give your best to reach the end of the songs by playing all their notes according to the charts.

Do that by pressing arrow keys at the same time as the identical symbols match above BF's head, but missing to do that multiple times in a row leads to you losing, so be careful not to let it happen. Enjoy!