FNF Atrocity but Everyone Sings it

FNF Atrocity but everyone sings it 2 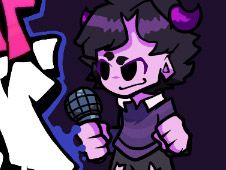 What is FNF JellyBean vs Skeletons Atrocity Remade?

JellyBean is a Mexican YouTuber who now needs your help to defeat in rhythm battle a bunch of skeletons from the internet that want to make fun of him and turn him into a meme, so let's take the 'Atrocity' song to the end and win!

JellyBean Vs Skeletons, the new FNF Atrocity mod is here, so play it!

Watch as arrow symbols float and match above Bean's head, and when they do, press the identical arrow keys to hit your notes, something you need to keep doing until the end to win. If you miss hitting notes multiple times in a row, you lose and have to start again from scratch. Good luck, enjoy!