FNF Vs. Reggie The Rat 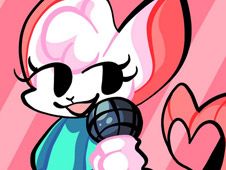 What is FNF Vs. Reggie The Rat FULL WEEK?

The Reggie the Rat mod of FNF is finally full, having a total of three songs, so if you loved the demo one, which we know you did, we are sure that you are in for tons of fun as well right now, where we invite you to play and win on all these tracks:

Make a choice between the story mode and free play mode, and in either case, give your best to reach the end of the songs by playing your notes according to the charts to win. How? Well, you press the arrow keys at the same time as the identical ones match above BF's head.

Don't miss hitting the notes too many times in a row, or you have to start again from scratch. Enjoy!