FNF vs Sonic Black And White 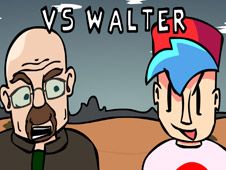 What is FNF vs Walter White?

Walter White from Breaking Bad is now the newest FNF antagonist that you and BF have to face off against and trust us when we say he is just as menacing in rapping as he is with his shady business, and the one track you have to defeat him on is called 'cooking'!

Reach the end of the song to win, something that you do by hitting your notes according to the charts. How? Well, when you see arrow symbols match on the top right side of the screen, that is when you press the identical arrow keys. If you miss doing it too many times in a row, you lose and have to start again from scratch. Enjoy!