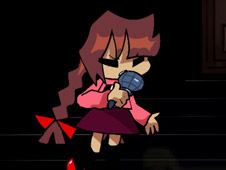 What is FNF vs Madotsuki (Yume Nikki)?

Try the FNF Matoduski mod and go up against various characters from the Yume Nikki anime in rhythm battles, something you should enjoy even if not familiar with the characters because we still have some amazing songs for you:

After making your choice between the story mode and free play mode, in either case, give your best to reach the end of the songs by playing their notes according to the charts, which is how victory is achieved.

To do that, you need to watch for the moments when arrow symbols float above BF's head, and when they do, press the identical arrow keys.

Know that if you miss hitting the notes too many times in a row, you end up losing, so do not let that happen for anything in the world, but focus and gain win after win instead!