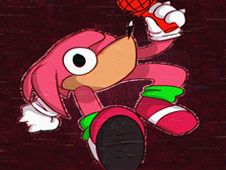 What is FNF vs Chotix?

Chotix is a meme and funny version of Sonic the Hedgehog that you and BF from FNF will now have a rhythm battle against on the song called 'Long Sky'!

Watch for the moments when the arrow symbols that float around BF match above his head, and when they do, press the identical arrow keys to hit your notes, something that has to be done until you're done with the whole song to win. If you miss hitting the notes multiple times in a row, you have to start again from scratch. Good luck, enjoy!