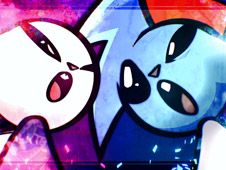 What is FNF X BunnyKill vs Snowball?

Boyfriend becomes a bunny himself to defeat Snowball, a very good musical artist who is also a bunny, and whom you now have to defeat on the track called Juuso!

Enter the BunnyKill part of the FNF universe and defeat Snowball!

Reach the end of the song to win, doing it by hitting your notes according to the charts, so when you see arrow symbols float and match above BF, that is when you need to press the identical arrow keys. Be careful not to miss hitting your notes, though, because if it happens too many times in a row, you lose and have to start again from scratch. Good luck, we wish you the best!