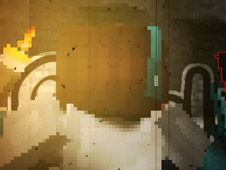 What is FNF Vs Minecraft Null?

A Minecraft Player encounters the legendary NULL in a cave from this blocky world, but instead of fighting it with swords, it is doing it with music, so let's win this confrontation right now with the song called 'Null String'!

When arrow symbols float and then match above your character to the right, that is when you have to press the identical arrow keys to hit your notes, and if you can keep doing it until the song ends, that is when you win, but be careful not to miss hitting said notes too many times in a row, or you lose and have to start all over again from scratch.

We wish you good luck and all the best, as always, and invite you to come back as often as possible!