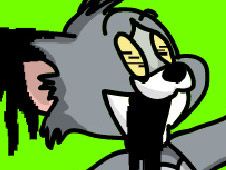 What is FNF Pibby Assimilated Champions?

In the FNF Pibby Assimilated Champions mod, you will face off against corrupted characters such as Jerry, Pac-Man, and Mario, because only by defeating them in rhythm battles can you free them of the virus, and we invite you to do so on three new tracks:

Whether you're playing in the story mode or free play mode, winning is achieved in the same way, by reaching the end of the songs, by playing all their notes according to the charts. So, when the arrow symbols match above BF, make sure to press the identical arrow keys at the same time.

Be careful not to miss hitting them too many times in a row by pressing the keys wrong, because if that happens you lose and have to start all over again from scratch. Good luck and the very best we want to wish you all!