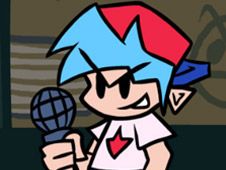 What is FNF The Rozebud Idea Vault?

In the new FNF mod called The Rozebud Idea Vault you will help BF face off some new antagonists that were going to have been made into full-week mods by the creator, but they remained ideas, so you now can challenge some of these characters on the following songs:

Let's go into The Rozebud Idea Vault of FNF Games!

Choose between the two modes, story and free play, and in either case, give your best to reach the end of the songs by playing their notes according to the charts. To do it, press arrow keys at the same time as the identical arrow symbols match above BF's head. Make sure not to miss doing it multiple times in a row, you will lose. Good luck, enjoy!