FNF vs bandu in gmod 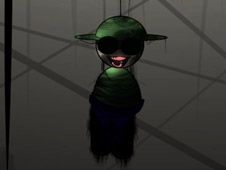 What is FNF vs. Fabric Bandu?

Bandu has been taken by some kind of presence, which is why he is now known as 'Fabric Bandu', so you and BF have to face off against him and maybe turn him back, or at least survive his evilness.

When floating arrow symbols match above BF's head you need to press the identical arrow keys to hit your notes, making sure not to miss hitting them too many times in a row, because that will lead to you losing. Now that you get it, don't hold back, let the fun begin, and stick around for more of it to come!