FNF vs The Puppet Master 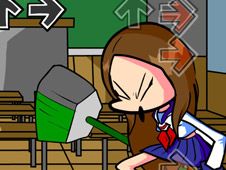 What is FNF vs Teasing Master Takagi-san?

Teasing Master Takagi-san is the latest anime to make its debut in the world of FNF Games, crossovers that are becoming increasingly popular, and it makes us really happy to share this mod with you all even more after we've enjoyed this awesome full tracklist ourselves:

Whether you choose to play the game in the story mode or free play mode, winning is achieved in the same way, by reaching the end of the songs, and to do it you need to hit your notes according to the charts.

This means you need to press arrow keys at the same time as the identical arrow symbols match above the characters to the right. Miss doing it too many times in a row and you lose, so focus and win instead, having the best time possible!