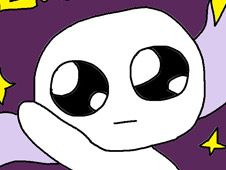 The TBH Creature likes to say Yippee and drink a lot of Cola, and it is also your newest musical antagonist in the world of FNF Games, as you and Boyfriend team up to defeat it in rhythm battles on all the following songs, one better than the other:

After making your choice between the story mode and free play mode, in either case, give your best to reach the end of the songs by playing their notes according to the charts, which is how you win.

This means you need to press arrow keys at the same time as the identical arrow symbols match above BF, but without missing to do it too many times in a row, you will lose and have to start again from scratch. Enjoy!