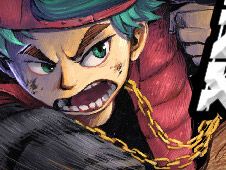 What is Pizza Kidd: Beat ‘Em Up Demo?

The Pizza Kidd: Beat ‘Em Up Demo game has now dropped free of charge on our website since we know that new fighting games that are made to have a retro arcade feel to them are all the rage right now, as we live in a throwback era, and we will now prove that to you with this awesome street fighting game with 8bit graphics, which might be in the early stages of its development, but it is awesome, and we recommend you play it and then support its creators. When the full edition drops, we will be here for it!

Pizza Kidd has to deliver pizza, of course, but the city he lives in is very dangerous, so many thugs and bad people are after the food he carries, or just want to mess him up, so your goal is to help him out in defeating all the enemies he encounters on the streets, and achieve your mission.

So far, there are three locations you do it in:

The spacebar is used for selection, you jump with Z, kick with X, V for heavy punches, B for light punches, and E to guard. It's as simple as that, so now that you know the gameplay and your purpose, you should be ready to give this game your bets, fight to the end, and have a ton of action-packed fun!