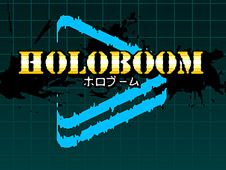 Holoboom is a brand new Hololive game online, which tend to be the most popular VTuber Games out there since this platform is also more popular than the other one, and this new addition is quite wonderful, as it is a game made in a retro style, and it also features battles with bombs unlike you see just every day, so trying this game out right now is a must, fan or not of this subculture of the anime world!

You are going to be able to play this game in three kinds of modes, and for each one, you get to pick one out of eight anime virtual girl YouTubers. The modes are:

Use the arrow keys to move your anime girl, and use the Z key by holding and releasing it to shoot the bombs. Avoid bombs thrown at you, shoot them at the enemies, and defeat them! It's that simple, so start all this amazing fun right now, you won't regret it!