Friday Night Funkin vs Him 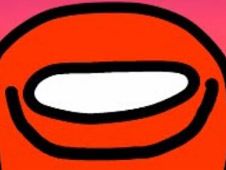 What is Friday Night Funkin vs Him?

Friday Night Funkin vs Him is yet another crossover of this series with Among Us, as Him is a red astronaut character from this world, who you are now invited to go up against on the following tracklist:

Defeat Him from Among Us in this new FNF mod!

Choose between playing in the story mode and free play mode from the main menu, and then, in either case, give your best to reach the end of the songs by playing their notes according to the charts, which is how you win.

To do it, press the arrow keys at the same time as the identical arrow symbols match above BF, on the right. Don't miss your notes too many times in a row, because your health bar depleting means losing. Good luck, enjoy!