FNF vs The Boss (The Doomsday)

FNF Doomsday but Whitty Sings it 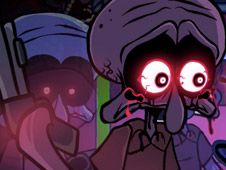 The FNF Squidware Doomsday mod has been Remastered, as you're now getting its V2, with tons of new sprites and graphics, making the experience way better, and we're absolutely sure that you are going to have a ton of fun from start to finish, just like we've had!

Defeat this character from Spongebob by hitting notes according to the charts until the song ends, doing so by pressing arrow keys at the same time as the identical arrow symbols match above BF on the right, but missing your notes too many times in a row leads instead to your loss, so focus not to let it happen, but win instead!