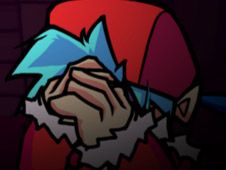 What is FNF The Fighters: Reimagined Edition?

The FNF The Fighters mod has been Reimagined and is now presented to you all on our website free of charge, with us being excited to offer you the chance to play it and have tons of fun with it right now, as only here is possible!

To defeat these characters, keep hitting your notes according to the charts until reaching the end of the songs, which is how winning is achieved, while being careful not to miss too many notes in a row, because if you do, your health bar depletes, you lose instead.

Use the arrow keys to hit notes, pressing them at the same time as the identical arrow symbols match above the character on the right. Pressing keys early, late, wrong, or not at all means losing notes. Enjoy!