FNF: Animation vs Animator: The Chosen One 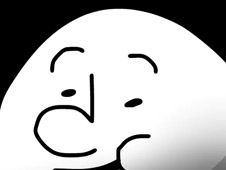 What is FNF vs One Night at Flumpty?

Flumpty is an egg who came to life and now sings, and he became the latest antagonist that you and Boyfriend have to face off against in a rhythm battle, and in this full week mod you will do it on the following songs:

Show the egg you're better than him at music!

Whether you choose to play the game in the story mode or free play mode, the way to win remains the same, by reaching the end of the songs, which only happens if you play all their notes properly, according to the charts.

This means that you watch for when arrow symbols above BF match one another, and at the same time press the identical arrow keys. Make sure to keep doing it without missing too many notes in a row, or you lose the whole game. Enjoy!