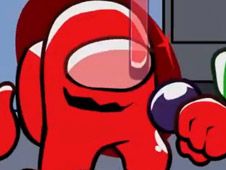 What is FNF VS Icomongus?

FNF VS Icomongus features the icon version of an Among Us impostor that you and Boyfriend now have to defeat in a rhythm battle on one track called Song.ICO, and we're sure that you will have an absolute blast doing it, just like it had been the case for us as well!

When you see floating arrow symbols match above BF, on the right, that is when you need to press the identical arrow keys to hit your notes, having to do it until the song's conclusion to win, but know that missing your notes multiple times in a row leads instead to you losing. Good luck, enjoy!