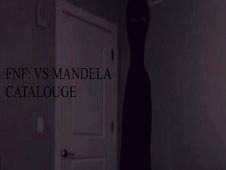 What is FNF vs Mandela Catalogue?

FNF vs Mandela catalog is yet another really scary FNF mod for you to win with BF, who overcomes his fear of scary characters such as this dark blob through music, so help him win on the song called 'Encounter'!

Defeat your fears by winning the FNF vs Mandela Catalogue mod!

Hit the play button to start, and, then, keep hitting your notes according to the charts until the song's conclusion to win. This means that when you see arrow symbols float and match above BF's head, that is when you press the identical arrow keys from the keyboard. Be careful not to miss hitting said notes too many times in a row, or you have to start again from scratch. Enjoy!