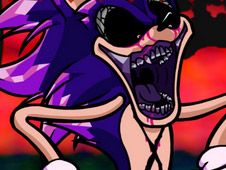 The FNF Triple Trouble mod has finally gotten its ERECT REMIXES, which are currently the hottest and most trending remix mods this category has to offer, with each of them have been a hit, so this one where you face off against Sonic.Exe and other villains will also hit the nail in awesomeness!

FNF Triple Trouble is here, now with the Erect Remix, try it!

To win you need to reach the end of this iconic song, and to do that you need to keep hitting your notes according to the charts until the song's conclusion. This is done by pressing arrow keys at the same moment as the identical arrow symbols match above BF. If you miss hitting multiple notes in a row, you lose and have to start again from scratch, so don't let that happen, win instead!