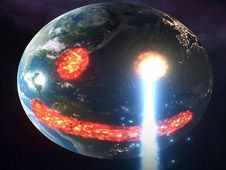 What is Solar Smash?

Stress release rooms are nothing compared to what kind of stress you would eliminate if you were to destroy a planet, would you not agree? Of course, this isn't something you can do in real life, so playing games such as Solar Smash allows you to do that and much more since simulation games are always going to give users the chance to become or destroy anything they can imagine!

There are two ways you can try this game in:

Throw asteroids, poke holes in the planet's core, create tsunamis, gravity-shattering events are possible, maybe even set off a black hole that eats anything in its way.

On the right side of the screen you can find the buttons with the various actions that you can take towards destroying planets, so try them out and see what they can do, surely having tons of fun with it!