Deep Poems but Void and BF Sings it 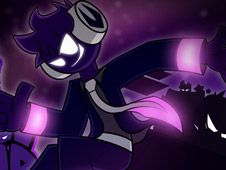 What is Friday Night Funkin vs Void V2?

Void returns as a primary antagonist in the world of FNF Games, and he does so with a huge V2 update where FOUR new songs have been added to the tracklist, so have a bigger rhythm battle against him right now on all the following tracks:

Choose between the story mode and free play mode in the main menu, and then, in either case, give your best to reach the end of the songs by playing their notes according to the charts. To do it, press arrow keys at the same time as the identical arrow symbols match above BF.

Know that if you miss doing that multiple times in a row, you lose because the chart has been ruined. Good luck and the best we wish you all, inviting you to stick around for even more fun to come!