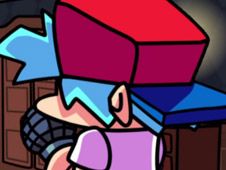 What is Funky Doors vs Roblox Doors?

Boyfriend is stuck in the Roblox Doors game and now needs your help to win the musical battles against the scary antagonists in order to win and escape, something we invite you to do right now on the following two songs:

Defeat the Roblox Doors in FNF!

In either mode you are playing, to win you need to do the same thing, which is reaching the end of the songs by playing their notes according to the charts, something you do by pressing arrow keys at the same time as the identical arrow symbols match above BF. If you miss doing it too many times in a row, you lose. Good luck, enjoy!