FNF Nerves but Every Turn a Different Cover is Used

FNF: Headache but Every Turn a Different Cover is Used

FNF: Animal but Every Turn a Different Cover is Used 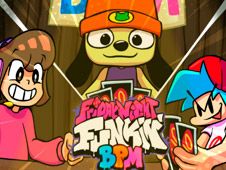 FNF BPM – Turn Bass is a mod in which Boyfriend and other beloved characters are Playing UNO on a Friday Night, and you get to join them in all the fun right now and here, with you being able to become three characters to play this song with the other two:

After choosing your character, when you see arrow symbols matching above their head, to the right, you need to press the identical arrow keys to hit your notes, doing it until the song ends to win, but know that if you miss too many notes in a row, you lose and need to start again from scratch. Good luck, enjoy!