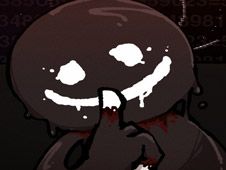 Bob is constantly one of the best characters to go up against in our series of Friday Night Funkin' Games online, which is why we are very happy that he is making his return to our website right now when you are invited to have tons of fun with the awesome new game called FNF vs Bob v2.0 (Bob’s Onslaught).

What sets this game apart from the other Bob mods is the Onslaught mode, where Bob is really angry, he has become black, and the songs that you are going up against him are really crazy, just like his new form. Pick between either two weeks, and then give the game your best!

The rules of FNF are:

Your goal is reaching the end of the songs and turning the progress bar in your favor, so when you see arrow symbols match above BF's head, you have to press the same arrow keys on the keyboard to hit those notes.

Be careful not to miss hitting too many of the notes one after another, because if that happens you lose. Go up against Bob in either the story mode or free play mode, it's up to you.

Good luck, and have fun as only here is possible!