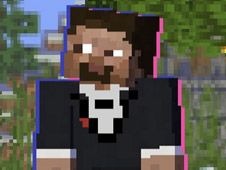 What is FNF Vs Steve Demo?

There have already been a few versions of FNF Games with Minecraft Steve, but trust us when we say that we will continue to bring them over for you still, as long as there are new creative artists putting them out, and the newest game like that which you can play right now is this one, called FNF Vs Steve Demo.

This is only the Demo version, one where you battle Steve on the following songs:

Help BF prove himself a better rapper than Steve from Minecraft!

You are going to play this game in either the story mode or the free play mode, and you will play the notes of the songs according to their charts in order to reach the end of the songs with the progress bar in your favor. This means that when you see arrow symbols above BF match, you need to press the same arrow keys on the keyboard.

Be careful not to miss too many notes one after another, because if that happens, you lose the whole game, and you can't want that to happen, right? Good luck, and enjoy!