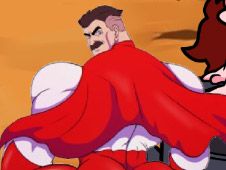 What is Friday Night Funkin Vs Omni-Man?

Are you brave enough to take on Omni-Man?

For starters, know that you can face off against this character in either the story mode or the free play mode, it's up to you, with the goal being the same in either, to reach the end of the songs and turn the progress bar in your favor by playing all the notes of the songs according to their charts.

To do this, when the arrow symbols above BF match with one another, you have to press the same arrow keys, at that same time, but be careful not to miss doing it too many times in a row, because if that happens, you lose and have to start all over again from scratch. Enjoy!