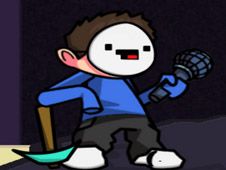 What is FNF vs Aflac?

Aflac is a Minecraft character, but, at the same time, he is also the latest antagonist that you are going to battle in an FNF game, where we hope you've got all the rhythm you need with you and are ready to have tons of fun taking on this character, with this being a full week mod that has the following songs in it:

Whether you challenge this character in the story mode or free play mode is totally up to you, with the goal being the same either way, which is reaching the end of the songs and playing all their notes correctly, according to the charts.

To do this, use the arrow keys, pressing them at the same time as the arrow symbols above BF's head match one another, and make sure not to get that wrong too many times in a row because you will lose and have to start again from scratch. Enjoy!