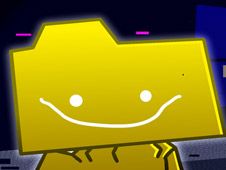 What is FNF vs Ron: The Resurrection V2?

The Resurrection of Ron had been quite a popular FNF mod added on our website, so of course, we would be happy to provide you all right now with a brand new version of it, the second one to feature this yellow folder-headed character and his other funny friends, with a bunch of new awesome songs to enjoy:

Resurrect your rhythm in a rap battle against Ron!

Whether you play in the story mode or free play mode, the goal you have is the same, and it is reaching the end of the songs by playing all their notes according to the charts, since only then can you win the musical challenge.

To hit notes you use the arrow keys, pressing them at the same time as arrow symbols above BF match with one another, but know that missing to do that too many times in a row leads to losing, so be careful. Good luck, and we hope to see you win!