FNF: Boyfriend In the Backrooms | Wandering in The Funkrooms 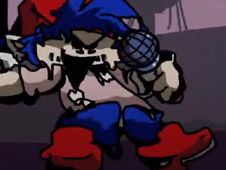 What is FNF vs Mofo Boyfriend?

Boyfriend fighting his doppelgangers in FNF is a tale as old as time, and today he fights another creepy version of himself called Mofo Boyfriend, who you will help the protagonist defeat right now on the following songs:

Boyfriend Vs Mofo Boyfriend, there can only be one!

Whether playing in the story mode or free play mode, to win you do the same thing, which is playing your notes according to the charts until you reach the song's conclusion. So, press arrow keys at the same time as the identical arrow symbols match above BF's head.

Know that if you miss hitting those notes too many times in a row, you lose and have to start again from scratch. Enjoy!