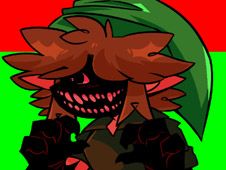 What is FNF Zanta but Creepypastas Sings It?

Let's sing FNF's iconic song Zanta, but not with the regular Zombie Santas, but with Creepypasta characters, which are creepy versions of some of your favorite characters in media.

Let's sing Zanta with the Creepypastas!

Watch as arrow symbols float and match above BF's head, and when they do, press the identical arrow keys to hit your notes, something you need to do until the song concludes to win. Be careful not to miss hitting notes multiple times in a row, because that leads to your loss and having to start again from scratch. Good luck, enjoy!